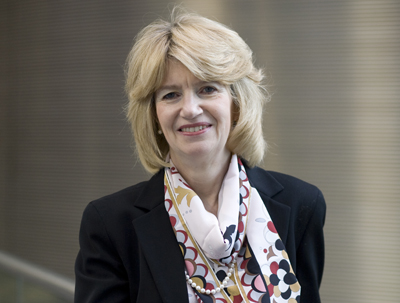 Professor Julia Buckingham takes up her post as Brunel University’s new Vice-Chancellor and Principal on 1 October 2012.
Professor Buckingham joins Brunel from Imperial College London, where she was Pro-Rector for Education and Academic Affairs. A specialist in Pharmacology, Professor Buckingham is currently President of the Society for Endocrinology and a Trustee of the Royal Institution and the Society of Biology.
We wish Professor Buckingham a warm welcome and look forward to working with her in the coming months.
Brunel has also bid farewell to its outgoing Vice-Chancellor Professor Chris Jenks over a series of events in September. Professor Jenks left the University at the end of September after eight years, including six as Vice-Chancellor. He oversaw a hugely successful period for Brunel including Royal visits, international research acclaim and a continued rise up the university league tables, and his final lecture was a fitting opening for the new, state of the art Auditorium at the heart of the Eastern Gateway Building.